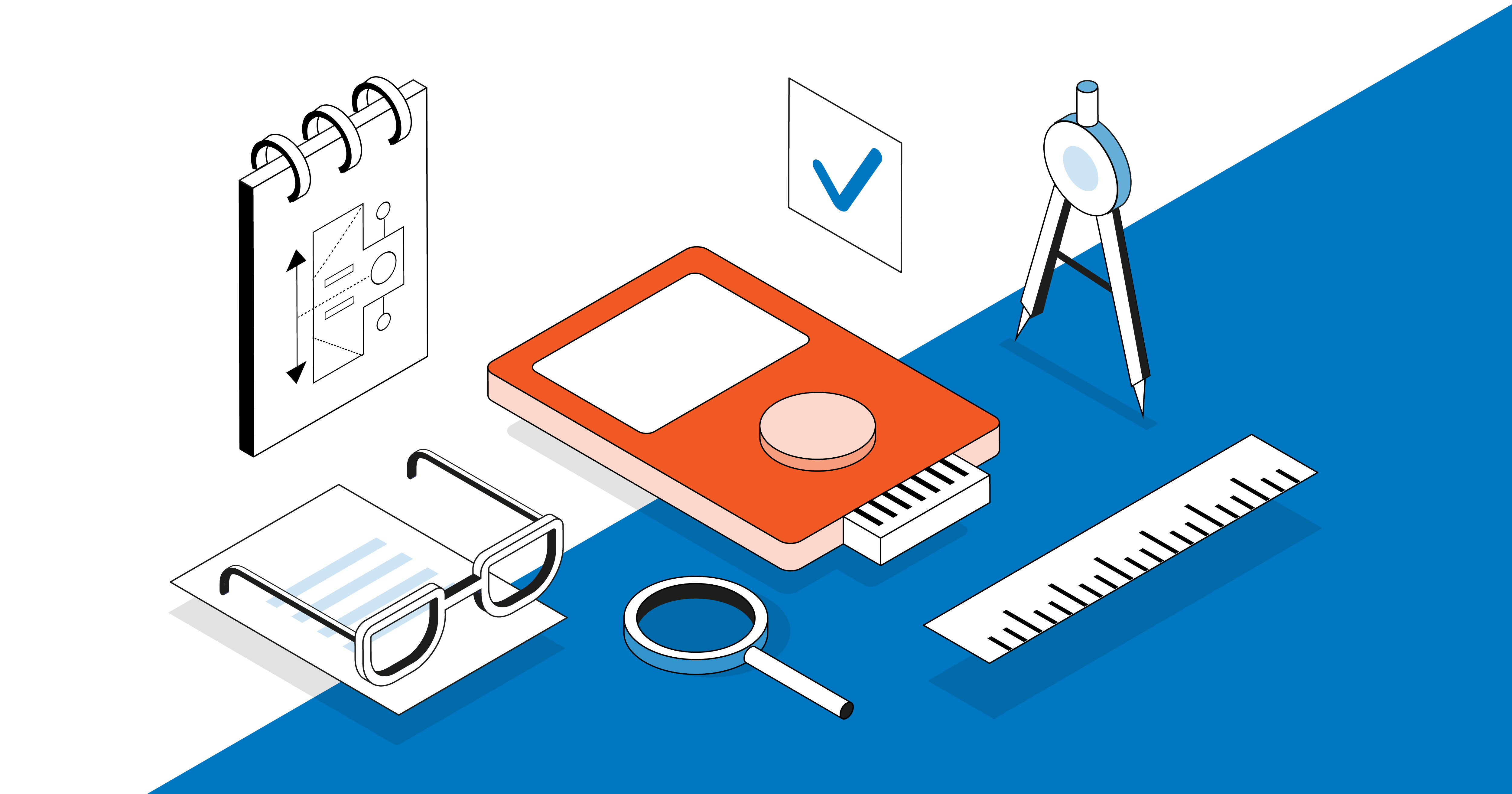 What is vodka? This is just an alcoholic drink, a mixture of purified alcohol with water (Ozhegov S. I., Shvedova N. Yu. Explanatory Dictionary of the Russian Language. - 4th ed. - M., 1997), and how many patented recipes there are.

Let's see how this is possible.

Such a decision as “composition of vodka” or “method of making vodka” can only be protected by a patent for an invention, since according to Art. 1350 of the Civil Code of the Russian Federation, as an invention, a technical solution is protected in any field related to a product (in particular, a device, a substance, a strain of a microorganism, a plant or animal cell culture) or a method (the process of performing actions on a material object using material means), including including the use of a product or method for a particular purpose.

Accordingly, in order to be able to obtain a patent for vodka, the recipe must be recognized by Rospatent as part of the examination of the application on the merits as patentable, i.e. must comply with all the conditions of patentability established in Article 1350 of the Civil Code of the Russian Federation, namely for an invention - the conditions of patentability of the world "novelty", "inventive step" and "industrial applicability".

In turn, if it is quite simple to come up with a new component composition, for example, by adding additional ingredients to alcohol (birch brunki, cranberries, pine cones, etc.) and diluting it with water up to 40 vol.%, then it seemed to achieve compliance with the inventive step would not be easy. The claimed composition should not only be non-obvious to a person skilled in the art, but should also have a positive effect, for example, on human health, as is customary in the patenting of most food products.

So what are applicants doing to circumvent the inventive step?

To clarify this issue, here are some examples of proprietary vodka formulations below.

Patent RU 2232803 C2, published 07/20/2004, vodka "Cossack order" - reveals the composition of vodka, which contains the following ingredients per 1000 decalitres: glucose syrup " Glusidex " company " Rockett Frere ", France - 4.8-5.2 kg, dry bergenia leaf extract "Relict-S" - 0.01-0.03 kg, breakfast infusion of dry cereal I plum - 1.4-1.8 l, alcohol rectified ethyl "Extra" and corrected drinking water - the rest up to a strength of 40%. The present invention makes it possible to obtain vodka with higher organoleptic characteristics and storage stability, and to expand the range of vodkas. Vodka has a subtle taste of walnut, which is ensured by a synergistic effect when the ingredients included in it and their quantitative ratio are used together.

Patent RU 2773322 C2 "Special vodka", published 06/02/2022, describes vodka, which contains as initial ingredients, per l/1000 dal: water-alcohol extract from reindeer antlers - 5.0-7.0, water-alcohol infusion of berries (shiksha) of dwarf birch of the first plum - 2.6-2.8, sugar syrup 65.8% - 8.0-10.0, a water-alcohol liquid based on rectified ethyl alcohol "Lux" and corrected drinking water is blended based on a strength of 40% vol. The resulting special vodka is enriched with a complex of biologically active components and has high organoleptic characteristics.

From patent RU 2250252 C1, published 04/20/2005, ARCH vodka is known, which contains the following ingredients per 1000 deciliters of the finished product: vitamin premix "GSVit-2" - 0.1-0.5 kg; lactulose concentrate (Lazet P) - 2.0-4.0 kg; ascorbic acid - 0.08-0.3 kg; sugar syrup 65.8% - 16.0-18.0 l; rectified ethyl alcohol "Lux" and corrected drinking water - the rest is calculated on a strength of 40%. The present invention makes it possible to obtain vodka with a higher biological activity and low toxicity, which is significantly reduced due to the synergistic effect due to the effect of vitamins on the lactulose concentrate, and makes it possible to practically eliminate the hangover syndrome, as well as to expand the range of vodkas with high organoleptic indicators, giving it due to the combination signs of a mild taste with a subtle aftertaste of milk caramel.

In the patent RU 2250253 C1, published 04/20/2005, the composition of Pomorye vodka is described, which contains the following ingredients per 1000 deciliters of the finished product: mannitol - 0.1-0.4 kg, vanillin dissolved in rectified alcohol in a ratio of 1:1 - 0.08-0.3 l, sugar syrup 65.8% - 18.0-21.0 l, rectified ethyl alcohol "Lux" and corrected drinking water - the rest is based on a strength of 40%. The present invention makes it possible to obtain vodka with higher organoleptic properties, as well as to expand the range, giving it, due to the combination of features, a soft, harmonious taste with a subtle aroma of violet.

Thus, from the above examples of patented vodka compositions, it can be concluded that the main technical result in invention applications is, as a rule, an improvement in organoleptic properties. Everything is used: both the description of the aftertaste and the special smell, which is quite subjective.

For many years, there has been controversy regarding this result, since some experts consider it incorrect due to subjectivity, while the other part calmly accepts it, arguing that the methods of organoleptic evaluation of taste and smell are provided for many food products in state standards.

Therefore, if it is possible to argue with an increase in the shelf life of vodka that does not spoil for years due to the corresponding properties of alcohol and with a positive effect on health, then if there are results of studies conducted on a focus group with a subsequent assessment of organoleptic indicators, it is always possible to confirm the influence of the distinguishing features of the invention from the existing level of technology on the technical result, thereby proving the ingenuity.

Let's touch upon another controversial point in the patenting of this kind of food products, like vodka.

Often, buyers in the market recognize the manufacturer and his products by name, trade name, logo, which can and should be registered as trademarks.

However, as we can see from the examples above, many applicants include proper names, for example: “Cossack order”, “ARH”, “Pomorye”, etc. in the name of the invention in order to identify the product and receive patents, despite the fact that, according to paragraph 33 of the Rules for the preparation, filing and consideration of documents that are the basis for the performance of legally significant actions for the state registration of inventions, and their form in the name of the invention, it is not allowed to use personal names, abbreviations, trademarks and service marks, advertising, company and other special names, appellations of origin of goods that can mislead the user of the product or method in which the invention is embodied, as well as laudatory characteristics in with respect to said product or method.

Entering a proper name, special name, etc. in the name of the product during patenting is possible due to the fact that there is no strict prohibition in the Methodological Recommendations on the Examination of Applications for Inventions. The recommendations state that there should be no claims against the applicant if the feature is characterized in such a way that it meets the specified requirement, but the applicant used personal names or trade names. Although in this case the applicant may be sent an examination request, where it will be proposed to exclude the word or phrase that is a means of identification, while choosing a more successful version of the name, however, the refusal of the applicant from such a proposal should not lead to negative consequences for him.

Summarizing the above, despite the fact that the range of vodka today is quite wide, each manufacturer, when developing a line of new products, always has the opportunity to protect their products from competitors in the simplest and most obvious way - by obtaining a patent for an invention.