Is a domain pledge the key to success? 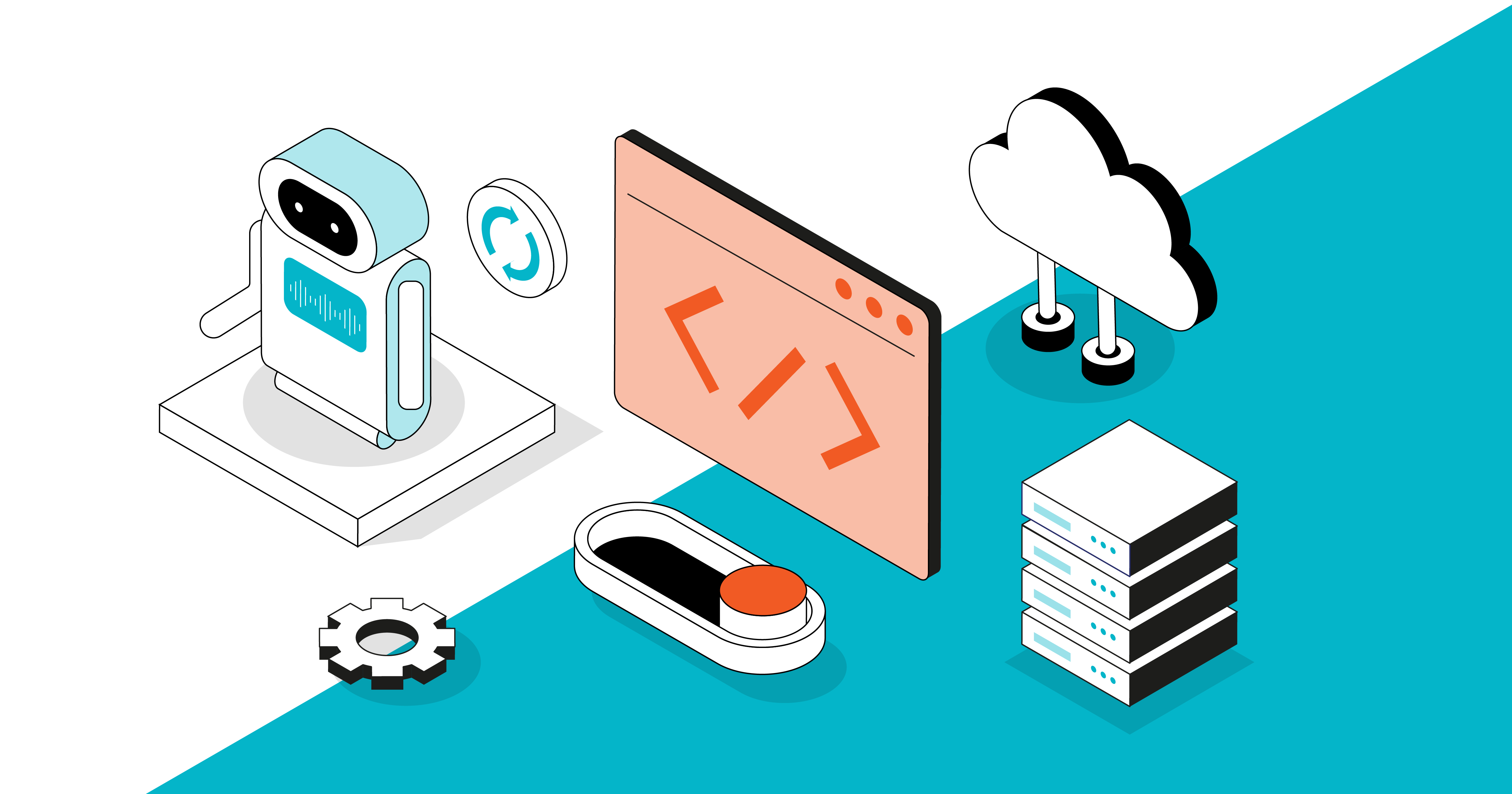 The rapid development of the information space gives rise to fierce competition among its subjects. The hardest hit are startups that are just becoming part of the “business” ecosystem. And in order not to be overboard, young companies often resort to external sources of financing, such as loans. At the same time, the fulfillment of credit obligations must be secured by something, however, as a rule, business newcomers have little to offer as such. One undervalued asset is a website with a unique domain name. Despite the fact that the domain name is still looking for its own place in civil law, in practice the question has already arisen regarding the possibility of providing a domain name as, for example, a pledge under an obligation secured by it. What will be the answer? Let's figure it out.

Let's start with the fact that the legal definition of a domain name is enshrined in paragraph 15 of Article 2 of the Federal Law of July 27, 2006 No. 149-FZ "On Information, Information Technologies and Information Protection", which is understood as "a symbol designation intended for addressing sites on the network "Internet" in order to provide access to information posted on the "Internet".

Since domain names are of an intangible nature, as such they cannot be entered and circulated in civil circulation, and therefore the subjects of transactions will not be the domain names themselves, but the rights in relation to them (by analogy with paragraph 4 of Article 129 of the Civil Code of the Russian Federation (hereinafter referred to as the Civil Code of the Russian Federation).

As you know, Article 128 of the Civil Code of the Russian Federation contains a closed list of objects of civil rights, which include: “things (including cash and documentary securities), other property, including property rights (including non-cash funds, book-entry securities, digital rights); results of work and provision of services; protected results of intellectual activity and equivalent means of individualization (intellectual property); intangible benefits.

Considering the above list, the right to administer a domain name should be attributed to a property right that has an independent economic value determined by the participants in civil circulation and market conditions, as has been repeatedly pointed out by the courts (for example, in the ruling of the Supreme Court of the Russian Federation dated 05.08.2021 in case No. А76-51680/2019, in the decision of the Arbitration Court of the Moscow District dated July 20, 2020 in case No. А40-122333/2015, etc.).

Can such a right be pledged?

Proceeding from paragraph 1 of Article 336 of the Civil Code of the Russian Federation “any property, including things and property rights, can be the subject of pledge, with the exception of property on which foreclosure is not allowed, claims that are inextricably linked with the personality of the creditor, in particular claims for alimony, about compensation for harm caused to life or health, and other rights, the assignment of which to another person is prohibited by law."

As a separate type of pledge, civil legislation singles out a pledge of rights of obligations, which states that “the subject of pledge may be property rights (claims) arising from the obligation of the pledgor. The pledger of the right may be a person who is a creditor in an obligation from which the pledged right (right holder) follows (paragraph 1 of Article 358.1 of the Civil Code of the Russian Federation).

Thus, the provisions of the Law provide an opportunity to conclude a pledge agreement, the subject of which will be the property right to administer a domain name.

Russian courts come to similar conclusions despite the fact that the issue considered in this article is far from a frequent subject of judicial consideration.

Thus, one of the first judicial acts, in which the idea of a domain name as a pledge was noted, is the decision of the Presidium of the Supreme Arbitration Court of the Russian Federation dated November 11, 2008 in case No. А56-46111/2003.

Unfortunately, due to the fact that the issue we are considering was not included in the subject of this dispute, but was only one of the circumstances of the case, the Supreme Arbitration Court of the Russian Federation was unable to provide a detailed legal position, pointing only to the fact that it is possible to use a domain name as a pledge to secure an agreement leasing.

The current legislation does not prohibit the pledge of any property, including property rights (Article 128, clause 1 of Article 329, Article 334 Civil Code of the Russian Federation).

The specified Pledge Agreement has not been challenged by anyone, has not been declared invalid in the manner prescribed by law, and is binding on the Claimant, including in terms of transferring the administration of the domains aerotema.ru and vetromer.ru (subject of pledge).

Therefore, both the Law and the Courts do not prohibit granting domain names, or rather, the rights to administer them, as security for the performance of obligations.

If a domain name can be pledged, it means that in case of non-fulfillment or improper fulfillment of the obligation secured by it, there is a possibility of foreclosure on the subject of pledge.

In this case, it must be emphasized again that since the subject of the pledge agreement is the right to administer the domain name, insofar as the foreclosure will also take place precisely on the specified property right, and not on the domain name itself, in accordance with Article 75 of the Federal Law of 02.07.2007 No. 229- Federal Law "On Enforcement Proceedings".

By virtue of paragraph 1 of Article 358.7 of the Civil Code of the Russian Federation,“unless otherwise provided by the agreement, in the event of a violation of the obligations provided for in Article 358.6 of this Code, the pledgee has the right to demand from the pledgor early performance of the obligation secured by the pledge, and in case of its failure, to levy execution on the subject of pledge in the prescribed manner.".

Foreclosure on a pledged right can be carried out by a court decision or out of court if the parties agree on such a method in a pledge agreement (paragraph 1 of Article 349 of the Civil Code of the Russian Federation).

So, for example, in the above decision of the Ninth Arbitration Court of Appeal dated 06/04/2021 in case No. A40-114510/2020, the rights to administer domain names were transferred to the pledgee in fulfillment of the main obligation:

In view of the foregoing, the administration rights to the domain were acquired by the plaintiff and transferred with his consent in payment of the debt to the defendant, in connection with which the defendant is the proper administrator, the claims made by the plaintiff in the framework of this case are aimed at unilateral refusal to fulfill obligations under payment for services for tailoring windsocks and obligations under a pledge agreement on the part of the plaintiff.

Given the above, why has this method of securing obligations not yet gained due popularity?

Firstly, as already mentioned at the beginning of this article, today there are still disputes regarding the legal regime of a domain name and its place in civil law, in connection with which its use as a pledge to secure an obligation, where the relationship itself already bear a possible risk of non-execution, raises doubts on the part of the subjects of civil circulation.

Secondly, one of the essential conditions of the pledge agreement is the assessment of its value, which, by virtue of paragraph 1 of Article 340 of the Civil Code of the Russian Federation, as a general rule, is determined by agreement of the parties. And if in the case of other objects of civil rights, the parties to contractual relations, as a rule, turn to an independent appraisal organization that determines the value of the pledge, guided by the approved federal appraisal standards, then as for domain names, at the moment there is no such single standard for them which makes it difficult for the parties to determine its value. Of course, there are organizations that provide domain name valuation services, but each of them relies on its own methodology with its own valuation criteria, which can lead to significantly different results, causing an unnecessary dispute between the parties to the contract.

In conclusion, I would like to note that while the legal community is conducting doctrinal research on the legal nature of a domain name, in practice there has long been a need for legislative regulation of its legal regime, as well as civil law relations associated with it . The possibility of using a domain name as a subject of a pledge agreement is especially important for the development of start-up companies, which is undoubtedly a priority in a situation where the Russian market has become empty after the departure of many international companies. Thus, until domain names are legally bound, pledging them, unfortunately, will remain an unclaimed way to enforce obligations.