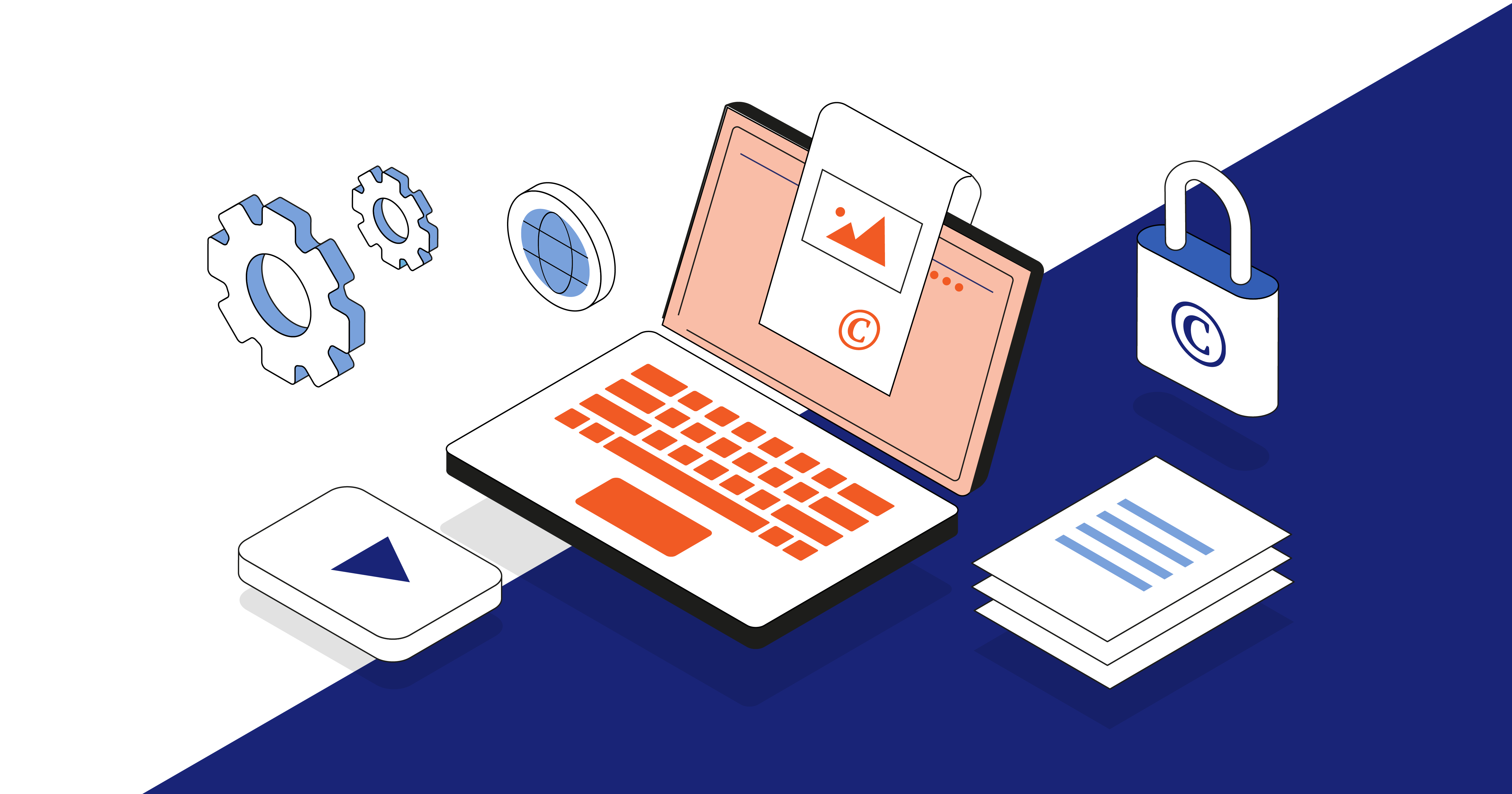 The legal regime for copyright protection is distinguished by the absence of any registration requirements concerning such rights.

This is due to the effect of copyright not at the national but the international level because of the copyright adoption of international conventions, to which most countries have acceded.

One of the most famous and widespread is the Berne Convention for the Protection of Literary and Artistic Works, signed in Bern, Switzerland, on September 09, 1886. Russia joined this convention in 1995.

When filing a lawsuit to recover compensation for copyright infringement and filing a pre-trial claim, the plaintiff must identify which particular rights have been infringed.

Since the advent of the Internet and the increase of its influence on people’s daily lives, copyright law has undergone specific changes, including at the international level.

To apply to the court for the protection of exclusive copyrights, it is necessary to correctly determine how the work is used (i.e., the specific rights of the plaintiff) that have been infringed.

The WIPO Copyright Treaty introduced a new way of using works, such as communication to the public. Article 8 of the Convention states as follows: “ Without prejudice to the provisions of Articles 11(1)( ii ), 11bis(1)(i) and ( ii ), 11ter(1)( ii ), 14(1)( ii ) and 14bis( 1) of the Berne Convention, authors of literary and artistic works enjoy the exclusive right to authorize any communication of their works to the public by wire or wireless means, including making their works available to the public in such a way that members of the public can access such works from any place and at any time of their own choosing."

Although for Russia, the WIPO Copyright Treaty entered into force only in 2009, its provisions also served as a guideline for reforming national legislation.

This method of use also moved to Part 4 of the Civil Code, namely clause 11 of Part 2 of Article 1270 of the Russian Federation the Civil Code: “bringing the work to the public in such a way that any person can access the work from anywhere and at any time of one's own choice (bringing to the public)”.

Based on the foregoing, the method of "bringing to the public" refers to the use of work on the Internet but is not the only right, the rights to which may be violated by such use.

In this case, when applying to the court for copyright protection on the Internet, or when applying to the infringer with a claim for the purpose of pre-trial settlement of the dispute, it is necessary to take into account some features of the correct indication of the methods of using such work.

Thus, when applying to the court for copyright protection on the Internet, it is essential to correctly establish the specific ways the infringer used the work and formulate them correctly in the statement of claim.

The above provision means that when filing claims, for example, for the recovery of compensation for the unlawful use of the exclusive right to work on the Internet in two ways of use (reproduction and communication to the public) as separate violations, it is necessary to establish the economic purpose of using the work by the infringer. If the infringer succeeds in proving the same economic purpose for several methods, the court will consider the use of the work by the defendant in two ways as one violation, which will entail a significant reduction in the amount of the requested compensation.

This circumstance is confirmed by current judicial practice. For example, the Ruling of the Court for Intellectual Property Rights dated November 7, 2019, in case A40-308292/2018, states the following: communication to the public - represents, as a general rule, the corresponding number of instances of violations of an exclusive right.

At the same time, the Court of Appeal did not take into account that the use of the result of intellectual activity or means of individualization by one person in various ways, aimed at achieving the same economic goal, constitutes one violation of the exclusive right (paragraph 56 of the decision of 04/23/2019 No. 10).

In this case, it follows from the circumstances the possibility that the economic purpose of the defendant was to provide access to users of the music service hosted on the above-mentioned website (volume 1, sheets of case 41-77), the opportunity to listen to musical works by various authors and performers, including Dimitri Hinter. As a result, placing such works on a server (in computer memory) in digital form and providing access to their listening to visitors of the corresponding site forms, in this particular case a single set of actions, one offense.

As a result, the recovery from the defendant twice of 2,350,000 rubles for actions that collectively constitute one offense contradicts the nature of the disputed legal relationship and the above legal position of the highest court outlined in paragraph 56 of the resolution dated April 23, 2019 No. 10".

As can be seen from the aforementioned judicial act, applying the provisions of paragraph 56 of Resolution No. 10, the Intellectual Property Court reduced the compensation previously established by the courts by half.

In addition to the previously mentioned rights to reproduce and make available to the public, special attention should also be paid to the right to distribute works.

Following subparagraph 2 of paragraph 2 of Article 1270 of the Russian Federation Civil Code, “The use of a work, regardless of whether the relevant actions are performed for the purpose of making a profit or without such a goal, is considered, in particular: distribution of a work by selling or otherwise alienating its original or copies.”

In this case, the right to distribute the work may also be violated if it is misused on the Internet. In the context of the norms of the current legislation and judicial practice, the distribution of a work on the Internet is understood as providing an opportunity to legally download such a work.

A40-306752/2018 (upheld by the Resolution of the Ninth Arbitration Court of Appeal), stating on page 6 the following: that the Company provides a technical opportunity to distribute copies of the results of intellectual activity (RIA) on third-party resources ("Vkontakte," "Twitter," "Facebook," "Odnoklassniki," as well as by automatically generated HTML code for placement on any resources). However, the Claimant does not provide evidence that the Company allows anyone to obtain (download) a copy (copy) of any RIA .”

Based on the foregoing, I believe that to correctly use the above-mentioned provisions of the Civil Code of the Russian Federation and Resolution No. 10 when applying to the court, it is necessary to independently mention this provision in the claim and the statement of claim, indicating that the plaintiff considers the use of the work by the defendant in several ways as one offense.