Recovering damages for the illegal use of a trademark by the right holder, who is under the bankruptcy proceedings 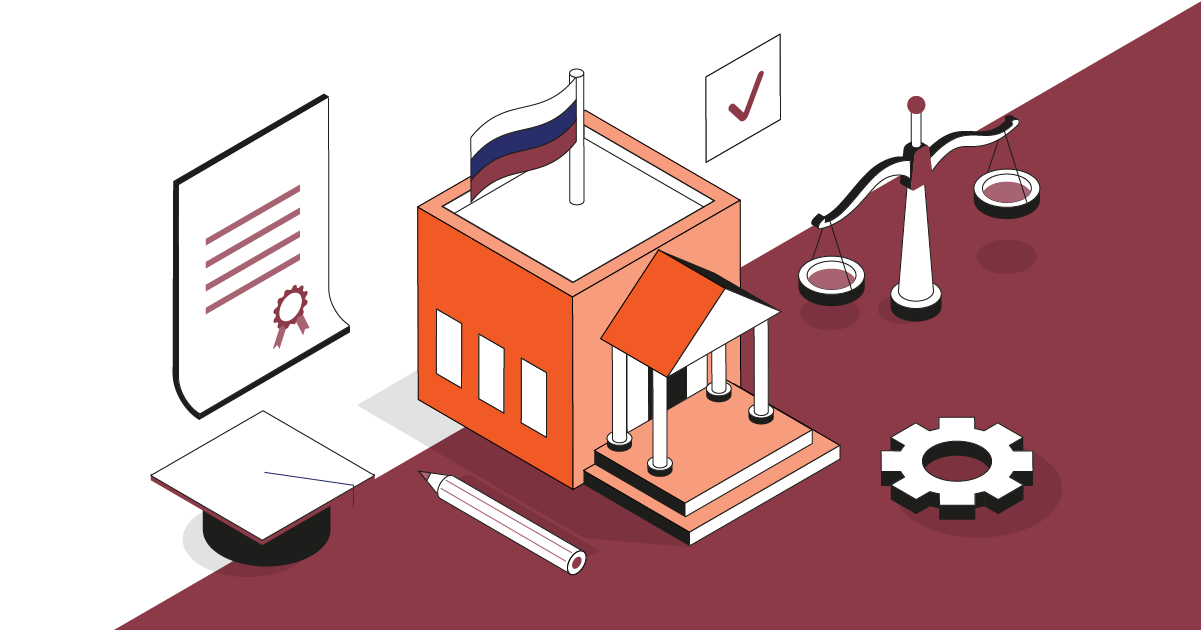 “One is never safe from misfortune and trouble” is a popular expression that everyone has heard at least once in his life. Today, this is a prosperous company, tomorrow, this is a bankrupt – it is a truth of the modern realities.

At the same time, as is often happens, the organizations that are subject to the bankruptcy proceedings have a portfolio of various subject matters of intellectual property and the means of individualization equated to them.

I have long been interested in the question: is it possible to defend the intellectual property rights, in particular, by recovering damages for the illegal use of a trademark by the right holder, who is under the bankruptcy proceedings?

After analyzing the judicial practice, I was disappointed, as I had found nothing or almost nothing suitable.

Maybe, of course, I have been looking for in a wrong way or not in a proper place, but the only court case concerning this topic that I have found was case No. A05-9476/2014, according to the circumstances of which, the courts found that the plant recognized as a bankrupt, and an entrepreneur had concluded an agreement on the alienation of the exclusive right to the trademark.

Subsequently, the entrepreneur (a licensor) and the company Russkiy Sever (a licensee) concluded a license agreement, in accordance with which the licensor granted the licensee the right to use the indicated trademark for marking alcoholic beverages.

However, within the framework of the case on insolvency (bankruptcy) of the plant, the court, at the request of a bankruptcy manager declared the agreement on the alienation of the exclusive right to the trademark belonging to the plant as invalid, due to a significant excess of the market value of the debtor's property over the price of a transaction for its alienation (the court decision of 20.03.2014 in case No. A05-313/2012). As the consequences of declaring the agreement as invalid, the court pointed to the restoration of the plant's right to be indicated in the State Register of the Trademarks and the Service Marks of the Russian Federation as the right holder of the disputed trademark.

At the same time, the plant’s claims were refused to be satisfied in full.

The courts of three instances, while refusing to satisfy the claims, proceeded from the fact that the actions of the defendants regarding the use of the trademark before the recognition of the agreements as invalid were not a wrongful violation of the exclusive right of the plaintiff to the trademark, and therefore the liability in the form of damages for the illegal use of the trademark could not be applied to them.

Although, to be fair, it should be noted that the courts in their judicial acts regarding this case did not make any different conclusions indicating that there were the grounds for the refusal to satisfy the claims lodged.

At the same time, it seems rather strange to me that there is only one court case found regarding this topic. In my opinion, the issue on the illegal use of the subject matters of intellectual property and the means of individualization equated to them that belong to the bankrupt company should be much more acute.

I believe that the company being strong yesterday and having a well-known brand, but being a bankrupt now, which is on the verge of death, should attract even more “carrion eaters” wishing to take advantage from the reputation of the organization that has recently been successful, which is not able of defending its rights currently due to its disastrous situation.

Although, perhaps, this is an answer, because few people want to be near a dying person fearing to become infected with an incurable disease, and in this case, no one wants to assume the reputation of the bankrupt company fearing to “follow in its footsteps.”

At the same time, in order to get onto the issue whether it is possible in principle to recover damages for the illegal use of the trademark in favor of the right holder, who is under the bankruptcy proceedings, with the purpose of increasing the bankruptcy assets, I have decided to write this article, where I shall try to give the answers regarding this issue, while being guided by the norms of the Civil Code of the Russian Federation and Federal Law of 26.10.2002 No. 127-FZ “On Insolvency (Bankruptcy)” (hereinafter referred to as the Law on Bankruptcy).

At the same time, the restoration of the financial solvency is understood as the debtor’s achievement of such economic indicators that would allow satisfying in full the claims of his all creditors.

Thus, the main objectives of the insolvency (bankruptcy) proceedings are the financial sanation of the debtor and the satisfaction of the creditors’ claims.

At the same time, the generalized concept of the debtor's property is what he owns (the capital assets and the operating assets) expressed in a monetary form and reflected in the independent balance sheet of the enterprise.

The composition of the debtor's property may include all kinds of property that are necessary for carrying out the economic activities. Typically, tangible and intangible elements are included in property.

The intangible elements are created in the course of the company's life. These include: the company’s reputation and the circle of regular customers, the company name and the trademarks used, the management's skills, the personnel qualifications, the patented manufacture methods, the know-how, the copyrights, the contracts, etc. that can be sold or transferred. In addition, it also follows from Article 2 of the Law on Bankruptcy that the debtor's property is his assets.

By implication ofParagraph 1 of Article 129 of the Law onBankruptcy, the bankruptcy manager, who is a professional participant in the field of bankruptcy, is endowed with competence to manage operatively the bankruptcy proceedings.

Proceeding fromUnnumbered Paragraph 5 of Paragraph 3 of Article 129 ofthe Law on Bankruptcy, the bankruptcy manager shall be obliged to file to the Arbitration Court on behalf of the debtor the claims for recognizing the transactions and decisions as invalid as well as for the application of the consequences of invalidity of the void transactions concluded or performed by the debtor, the statements of claim for recovering the losses caused by the actions (inaction) of the debtor’s head, the persons included in the Board of Directors (the Supervisory Council), the Collegial Executive Body or other management body of the debtor, of the owner of the debtor’s property, the persons acting on behalf of the debtor in accordance with a power of attorney, of other persons acting in accordance with the debtor’s constituent documents, to file the statements of claim for reclaiming the debtor's property from third parties, for the termination of the agreements concluded by the debtor, and to perform other actions stipulated by the federal laws and other regulatory and legal acts of the Russian Federation and aimed at returning back the debtor's property.

By virtueof Paragraph 4 of Article 20.3 of the Law on Bankruptcy, the bankruptcy manager shall bear an independent obligation to act in the interests of the debtor and the creditors in good faith and reasonably. The bankruptcy manager shall perform this obligation regardless of whether the creditors have approached him with any offers or not. This means that the measures aimed at increasing the bankruptcy assets shall be planned and implemented primarily by the insolvency officer himself as the professional, who is entrusted with the current management of the bankruptcy proceedings (decision ofthe Supreme Court of the Russian Federation of 12.09.2016 No. 306-ES16-4837).

As it is known, the intellectual rights shall be defended by the ways stipulated by the Code taking into account the essence of the violated right and the consequences of the violation of this right (Article 1250 of the C.C.R.F.).

It is stipulated by Subparagraph 3 of Paragraph 1 of Article 1252 of the C.C.R.F. that the defense of the exclusive rights to the results of the intellectual activity and to the means of individualization shall be carried out shall be carried out, in particular, by lodging a claim for compensating for losses – against the person, who has used illegally the result of the intellectual activity or themeans of individualization without concluding an agreement with the right holder (a non-contractual use), or who has otherwise violated his exclusive right and caused him losses.

In accordance with Paragraph 3 of Article 1252 of the C.C.R.F., in the cases stipulated by the Code for the certain kinds of the results of the intellectual activity or the means of individualization, in the case of the violation of the exclusive right, the right holder shall be entitled instead of compensating for losses to claim from the violator the payment of damages for the violation of the said right. The damage shall be recovered, if the fact of the legal violation is proved. In this case, the right holder, who has approached for the defense of the right, shall be exempted from proving the amount of the losses caused to him.

In addition, by virtue ofParagraph 47 of the Judicial Practice Review on the Cases Related to the Settlement of the Disputes on the Defense of the Intellectual Rights (approved by the Presidium of the Supreme Court of the Russian Federation of 23.09.2015), recovering damages for the illegal use of the trademark, by implication of Paragraph 3 of Article 1252 of the C.C.R.F., is an alternative to recovering losses in the case, when proving their particular amount is not possible.

It is established by Paragraph 4 of Article 1515 of the C.C.R.F. that the right holder shall be entitled to claim at his discretion from the violator instead of compensating for losses the payment of damages:

1) in the amount from ten thousand roubles to five million roubles determined at the discretion of the court on the basis of the nature of the violation;

Proceeding from the overall interpretation of Articles 1252 and 1515 of the C.C.R.F. in conjunction with Articles 20.3 and 129, 131 of the Law on Bankruptcy, one can draw the following conclusions:

- the bankruptcy manager shall carry out the powers of the debtor’s head;

- to form the bankruptcy assets, the insolvency officer shall make the managerial decisions aimed at searching, identifying and returning back the debtor’s property held by third parties, he shall be entitled to file to the court at his own initiative the statements of claim, including for recovering the losses caused to the debtor by the actions of other persons;

- the damages for the illegal use of the trademark, by implication of Paragraph 3 of Article 1252 of the C.C.R.F., are an alternative to recovering losses.

Thus, it can be concluded that the bankruptcy manager, by virtue of the powers granted to him by the Law on Bankruptcy, is entitled to identify the facts of the illegal use of the subject matters of intellectual property, including the trademarks belonging to the debtor, and in accordance with the norms of Part Four of the Civil Code of the Russian Federation, to lodge claims against the violators for recovering damages for the illegal use, and to direct the damages recovered to form the bankruptcy assets for the subsequent satisfaction of the creditors’ property claims.