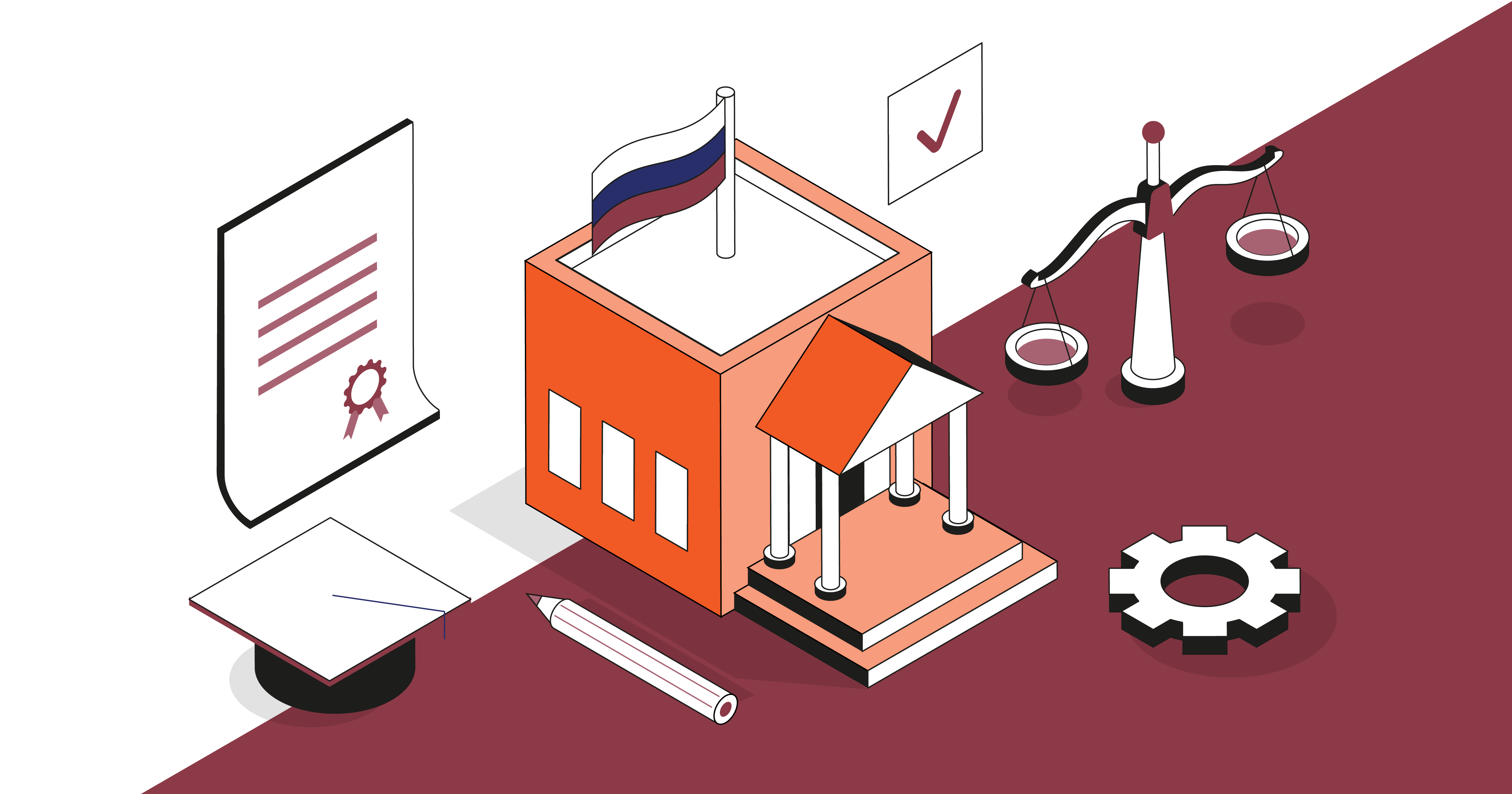 Despite there being no definition of the "business reputation" concept in the current legislation of the Russian Federation, there are mechanisms for its protection provided.

Following paragraph 1 of Article 152 of the Russian Federation Civil Code (hereinafter referred to as the Russian Federation Civil Code), “a citizen has the right to demand from the court an information refutation discrediting his honor, dignity or business reputation if the person who disseminated such information does not prove that it is true".

The ways to protect a legal entity's business reputation are contained in Art. 152 of the Russian Federation Civil Code:

As follows from paragraph 7 of the Resolution of the Russian Federation Supreme Court Plenum dated February 24, 2005 No. 3 "On judicial practice in cases of protecting the honor and dignity of citizens, as well as the business reputation of citizens and legal entities" (hereinafter - Resolution No. 3), "circumstances, which, according to the Article 152 the Russian Federation Civil Code, are significant for the case, are the fact that the respondent disseminated information about the plaintiff, the inconsistency of their reality and the defamatory nature of this information. If at least one of these circumstances is missing, the court can’t satisfy the claim.

The information dissemination discrediting the citizens’ honor and dignity or the business reputation of citizens and legal entities means the publication of such information in the press, broadcast on radio and television, demonstration in newsreel programs and other media, distribution on the Internet, as well as using other means of telecommunication, presentation in service characteristics, public speeches, statements addressed to officials, or communication in one form or another, including oral, to at least one person. The spreading of such information to the person they concern cannot be recognized as their dissemination if the person who provided the information has taken sufficient confidentiality measures so that they do not become known to third parties.

Inappropriate information that does not correspond to reality is statements about facts or events that did not occur in reality at the time the disputed information relates. The information contained in court decisions and sentences, decisions of the preliminary investigation bodies, and other procedural or other official documents, for the appeal and challenge of which a different judicial procedure established by laws is provided for, cannot be considered as untrue (for example, cannot be refuted in the manner of Article 152 of the Russian Federation Civil Code, the information outlined in the order of dismissal, since such an order can be challenged only in the manner prescribed by the Labor Code of the Russian Federation).

According to paragraph 5, "Practice review of consideration of cases on honor, dignity and business reputation protection", approved by the Presidium of the Supreme Court of the Russian Federation 03.16.2016 (hereinafter - Review of the Armed Forces from 03.16.2016), "When deciding, whether the disputed information is the plaintiff defamatory, as well as to assess their perception, taking into account the fact that disseminated information can be brought to the attention of third parties in various ways (figuratively, allegorically, offensive, etc.), the courts, if necessary, should appoint an examination (for example, linguistic) or involve a specialist (for example, a psychologist) for consultation”.

Following paragraph 9 of Resolution No. 3 and under paragraph 1 of Article 152 of the Civil Code of the Russian Federation, the defendant is responsible for proving the validity of the disseminated information. The plaintiff is obliged to prove the information dissemination by the person against whom the claim is brought and the defamatory this information nature.

Despite the Art. 152 of the RF Civil Code excludes the compensation possibility for moral damage to a legal entity in the event of its business reputation degradation; this does not prevent it from filing claims for compensation for damage caused to its reputation (Definition of the Constitutional Court of the Russian Federation of December 4, 2003, No. 508-О).

At the same time, the harm caused to the business reputation should be understood as any diminution of it, which manifests itself, for example, in the presence of losses of a legal entity due to the defamatory information dissemination and other adverse consequences in the form of loss of competitiveness, the impossibility of planning activities, etc.

According to paragraph 21, "Review of the Russian Federation Supreme Court judicial practice of No. 1 (2017)" (approved by the Presidium of the Russian Federation Supreme Court on February 16, 2017), the mere fact of the defendant's dissemination of information discrediting the business reputation of the plaintiff is not enough to conclude causing a business reputation damage, and for the monetary compensation payment. In this case, the plaintiff must prove the following:

Next, we will consider specific examples from judicial practice on recovering reputational damage from defendants.

According to the plaintiff, the harm caused to business reputation was expressed in a decrease in sales of manufactured products, the inability to plan activities, and a loss of confidence on the part of counterparties, in confirmation of which they received letters from counterparties about the impossibility of continuing cooperation or considering the possibility of paying for the supply of pipe products upon shipment, or about the impossibility of working on a 100% prepayment basis, etc. In addition, the plaintiff submitted to the case materials an opinion on the possibility of concluding contracts upon the shipment of goods or deferred payment, from which it follows that this form of payment is unacceptable for the plaintiff since it produces products only "to order" and 62% of raw materials and materials, necessary for the production of products, itself acquires on a prepayment basis.

At the same time, the court did not agree with the said calculation of the plaintiff and considered the amount of compensation for damage to business reputation declared by the plaintiff disproportionate to the damage caused. The decision of the Arbitration Court of the Lipetsk Region in case No. A36-2639 / 2018 of 26.10.2018 withstood in all higher instances.

The decision of the Arbitration Court of the Rostov region on the case number A53-357 / 20 dated 07.17.2020 from the defendant to the plaintiff was charged intangible (reputation) damage in the amount of 1 000 000 rubles. The plaintiff determined the amount of reputational damage of 1,000,000.00 rubles based on the analysis of the turnover of the plaintiff's pharmacy organizations in the period from 01.01.2019 to 31.11.2019. According to the plaintiff's pharmacy organizations analysis turnover, in the period from 01.01.2019 to 31.11.2019, the turnover in September 2019 compared to August 2019 decreased by 20%. In October 2019, it decreased by another 20%, which, compared to September-November 2018, amounted to 40 %. The Fifteenth Arbitration Court of Appeal, by a resolution dated September 24, 2020, canceled the said decision, which rejected the claims in full. Also, the appellate instance noted that "Meanwhile, the evidence presented in the case does not confirm the infliction of any real or alleged damage to the plaintiff by the defendant actions. ". The Arbitration Court of the North Caucasus District upheld the ruling of the Fifteenth Arbitration Court of Appeal dated 09.24.2020 in case No. А53-357 / 2020.

In case No. A54-4578/2017, the plaintiff filed a claim to recover damages from the defendant (reputational damage) in the amount of RUB 12,819,135.00. As evidence of the formed business reputation, the plaintiff presented copies of diplomas and letters of thanks from government authorities, local authorities, organizations, and the presence in the ratings. Furthermore, in support of the reputational harm caused to him, the plaintiff referred to the financial statements for 2016, 2017 presented by him in the case materials; a certificate reflecting the deviation of demand in the company from the usual level after publication, an expert opinion.

The Arbitration Court of the Ryazan Region, refusing to satisfy the requirements in this part, proceeded from the following. As follows from the court of first instance decision text of 14.12.2018 in case No. A54-4578 / 2017 that the evidence presented by the plaintiff is presumptive, and any evidence that allows to reliably establish the existence of adverse consequences for the plaintiff, including financial losses, arising directly as a result of the distribution of the contested articles by the defendant, was not presented in the case materials. This decision survived in the cassation instance.

Summarizing all of the above and considering the current jurisprudence, it can be concluded that the Russian Federation courts, when deciding to recover reputational damage, proceed exclusively from the case's specific circumstances and the proof incurring adverse consequences.