Limitations to Common Use of Trademark: Legal Action Under Article 1274 of the Civil Code 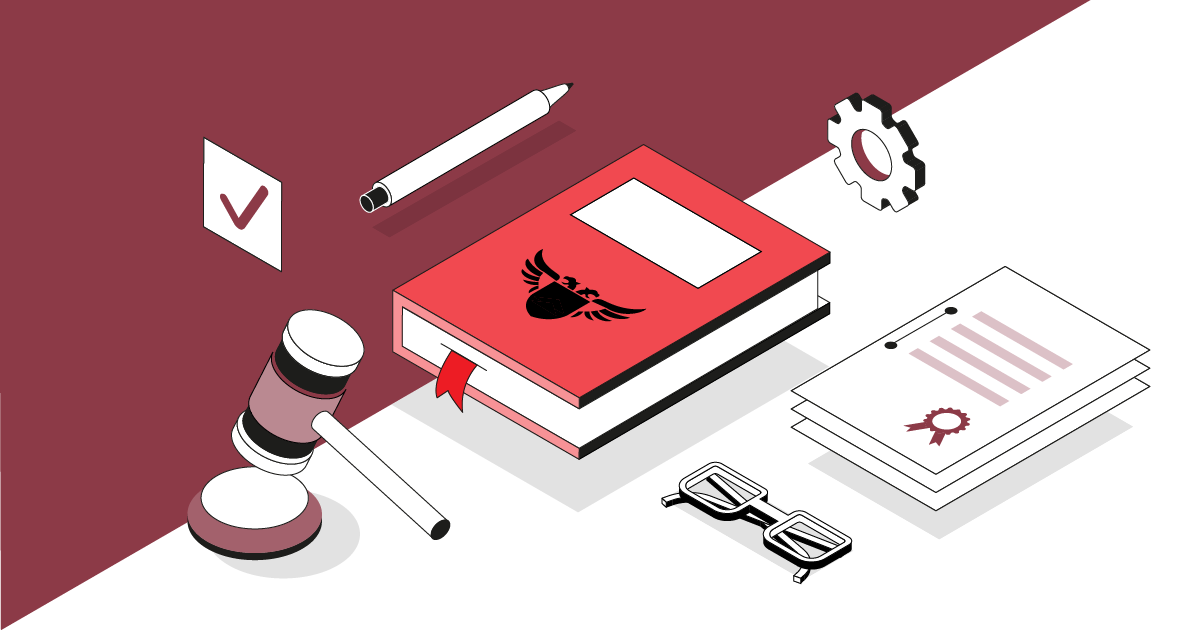 By and large, it is difficult to apply paragraph 1 of Article 1274 concerning citation, because the Civil Code does not clearly regulate either the definition of citation or the quoting procedure.

Earlier, the Supreme Court of the Russian Federation in its ruling No. 78-G03-77 of December 5, 2003, stated that “Citing means including one or more passages from the work of one author in the work of another author. In particular, a graphic reproduction of a part of a work of fine art should be regarded as a citation, too. The latter include art works of painting, graphics, design etc.”

Case No. A40-142309/2015 clearly characterizes the litigation practice concerning the application of citation provisions to photographs. In its decision of October 27, 2015, the Arbitration Court of Moscow stated that “At the same time, the legislation does not contain any restrictions related to the type of copyright-protected items that can be quoted, and does not exclude citation of photographs. Citation is the inclusion of someone else's work (part of it) in another work. Since a photo may be included in another work, including a text work, while becoming an integral part of it, such inclusion may be recognized as citation”.

The court of first instance did not recognize the defendant's violation of the plaintiff's exclusive rights and dismissed a claim. The Ninth Arbitration Court of Appeal agreed with the arguments of the court of first instance and upheld the decision. In its ruling dated April 25, 2016, the court of cassation explained: “That is, citation is a literal repetition of any part of the author's text, not another graphic form (photo and video images). Thus, the use of photographs, fully expressed in graphic form, is not a citation, as they are actually used as illustrations to articles, which is allowed only in educational publications in accordance with the provisions of subparagraph 2 of paragraph 1 of Article 1274 of the Civil Code. In this case, the illustration is an additional material that enhances the reader's perception, but its absence does not affect the overall information component of the work, while the citation is an integral part of it. That is, citation cannot be removed from such a work without significant damage and distortion of meaning. In this regard, the Court of Cassation considers the provisions of subparagraph 1 of paragraph 1 of Article 1274 of the Civil Code not applicable to the dispute under consideration, since the disputed photographs, according to the circumstances of the case under claim, were used by the defendant as illustrations of the article itself”.

Having made the corresponding conclusions, the Court for Intellectual Property Rights overturned the decision of the court of first instance and remanded the case for a new trial.

At the new hearing, the Moscow Court of Arbitration satisfied the claims, recognizing the use of the disputed photos as illegal and not subject to common use in as a citation. The court of appeal also found that the use of photographs is illegal and not subject to common citation. However, as soon as the case reached the court of cassation again, the Court for Intellectual Property Rights in its ruling of June 5, 2017 made the opposite conclusions regarding the dispute in question: “It follows from the content of this rule that any works of science, literature and art protected by copyright, including photographic works, can be commonly used without the consent of the author and payment of remuneration subject to the presence of four conditions: the use of the work for information, scientific, educational or cultural purposes; citation with obligatory indication of the author; source of borrowing and to the extent justified by the purpose of citation. According to the above rules of law, a work may belong to the fields of science, literature and art regardless of its dignity and purpose, as well as the way it is expressed. That is, an article, other text work, a photograph, etc., is a way of expressing the work. Since a photograph may be included in another work, including a textual work, while becoming an integral part of it, such inclusion may be recognized as a citation”.

The court of cassation reversed the decisions of lower courts and refused to satisfy the claims, recognizing the use of photographic works as lawful in the order of citation.

This position regarding the conditions of citation lawfulness was supported and stated in the case No. A40-5830/2017. A common use without the author's consent and payment of remuneration is allowed with simultaneous compliance with 4 conditions: (1) the work must be used for information, scientific, educational or cultural purposes; (2) the author of a copyright-protected item is indicated; (3) the source of the original creation of the mind is indicated; (4) the use must be made to the extent justified by the purpose of the citation.

The above conditions, except for references to authors and sources of the original creation of the mind, are speculative in nature and are at the discretion of a particular court.

Let us take a look on the volume of citation, since this volume is not defined anywhere and in case when dispute is assessed by the enforcement agency, along with other circumstances of the case.

Case No. A40-69432/15, in turn, clearly characterizes the court practice concerning the determination of the volume of citations. Prospekt Publishing House LLC filed a lawsuit with the Arbitration Court of Moscow claiming recovery of compensation from the Moscow Institute of Technology for violation of exclusive rights to a copyright-protected item. In support of its position in the case, the plaintiff pointed out that the defendant had violated its exclusive rights, since the volume of authors is 35 copyright sheets and the part of the work posted on the defendant's website is 5.11 copyright sheets, which is 14.6% in relation to the volume of the whole work.

The plaintiff considered that such use of the work could not be considered as a citation, since this volume is not justified by the purpose of the citation. The Moscow Court of Arbitration rejected claim, stating that “Upon examination of the submitted evidence, and taking into account the circumstances of the case under consideration, the court, based on the criterion for determining the admissible amount of citation, established in paragraph 1 of Part 1 of Article 1274 of the Civil Code of the Russian Federation, namely, the purpose of citation, found the following. The use of the part of the text of the work History of Russia, 2nd Edition by the authors Shabelnikova N. A. and Derevyanko A.P. on the defendant's website as a the History training course content, was carried out to illustrate the statements of the author in the form of a citation in the original legally published work with an indication of the authors of the work and the source of original text, in the amount justified by the purposes of citation, which does not prevail over the volume of the main text, namely, for educational purposes and purposes of disclosure of the creative intent of the author to convey to students discussed in the training course the general idea of the authors of the work”.

The Ninth Arbitration Court of Appeal agreed with the arguments of the court of first instance and upheld the decision. The court of cassation, in the decision dated April 11, 2016 has made opposite conclusions concerning the considered dispute: “Taking into account the stated above, the courts should have determined whether the training course published on the Institute's website has its own text of the author, which includes excerpts (citations) from the disputable works, or the training course represents the consecutive copying of various parts (excerpts) of the works of other authors in the absence of its own text, any own statements of the author of the training course. However, in order to examine the question of the extent of citations and their appropriateness to the purpose of citations, it is necessary to determine whether the reproduction of excerpts of controversial works was their citation in the author's text or whether such reproduction is a copy of such excerpts. As it follows from the materials of the case, the courts have not established the circumstances on the basis of which it was possible to conclude that the volume of the text of the works of the Publishing House used by the Institute was acceptable as a citation, namely, the courts have not established the ratio of the volume of the cited text to the volume of the work of the Institute, the ratio of the volume of the cited text to the volume of the author's text, as well as whether the quoted text was used as an illustration, confirmation or refutation of the author's statements”.

In a new trial, the Moscow Court of Arbitration Court satisfied plaintiff’s claim, stating that “Thus, the citation looks like one or more excerpts from the works of other authors, on the basis of which the citing author illustrates his theses, confirms his assumptions, criticizes or challenges the arguments with which he does not agree, which determines the difference between citing and copying. The volume of the plaintiff's work is 35 sheets of authors' work. The part of the work placed on the defendant's website is 5.11 sheets. One sheet of authors is an average of 16 pages of the book, so the defendant “cited” more than 80 pages of the textbook. Thus, the defendant illegally used 80 pages of the plaintiff's textbook as sections of its course of study, which cannot be considered a quotation, but a copy of the work”. The Court of Appeal upheld the decision of the court of first instance dated March 6, 2017.

Let us consider another example, which is the case No. A40-48760/2016. The lawsuit was motivated by the fact that the defendant, without the consent of the rights holder, illegally used the work Eat, Move, Sleep by Tom Rath, translated by the author Shalunova M.S., the rights to which belong to the plaintiff, through public disclosure, dissemination on the website www.smartreading.ru. The Moscow Court of Arbitration concluded that “since the summary is an excerpt of the main ideas of the original book, the Court concludes that it is possible to quote some excerpts from the original book.

The Ninth Arbitration Court of Appeal upheld this decision without bringing new arguments. Disagreeing with the judicial acts adopted in the case, the plaintiff appealed to the Court for Intellectual Property Rights with a cassation appeal. The Court for Intellectual Property Rights agreed with the arguments of the lower courts, noting that “the court of first instance, taking into account the conclusion by the expert Savina V.S. dated February 15, 2017 that the defendant's work coincided with 13% of the plaintiff's text, based its reasoning on the fact that when creating the disputed work, the defendant legally used the quotation of the plaintiff's literary work. Having reviewed the dismissal of the claim on these grounds, the Court for Intellectual Property Rights considers that the decision on the specified grounds corresponds to the circumstances established, the evidence available and the law”.

To summarize, it is worth noting that everything associated with copyright is a complex and nuanced relationship. The file of lawsuits is a clear example of different decisions made by different courts make decisions on similar situations.

If you decide to use other people's copyright-protected items without the consent of the authors, please carefully read Article 1274 of the Civil Code and make sure that you adhere to all conditions of common use of an item.