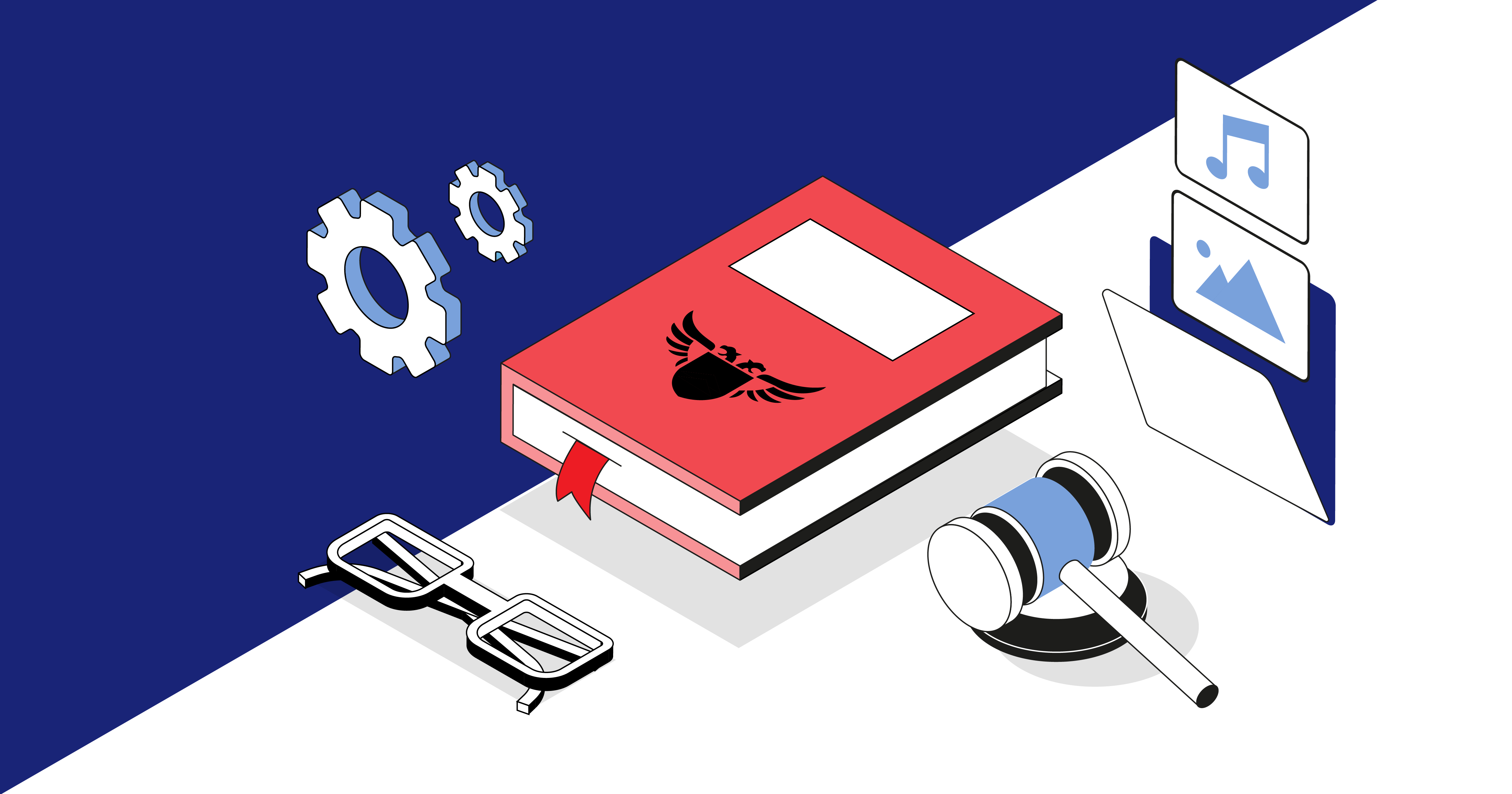 In accordance with Article 10 of the Civil Code of the Russian Federation, an abuse of the right – deliberately unfair exercising the civil rights – is not allowed; at the same time, the Constitutional Court of the Russian Federation repeatedly pointed out that in the absence of specific prohibitions in the legislation, the norms enshrining the general principles of the civil law could serve as a criterion for assessing the lawfulness of the behaviour.

If such abuse is established when applying to the court for the defense of the right, then according to Paragraph 2 of Article 10 of the Civil Code of the Russian Federation, this constitutes the grounds to dismiss the claim (the judicial practice proceeds from the fact that the behaviour can be recognized as unfair not only if there is a reasonable statement of the party, but also at the initiative of the court).

In the development of this provision, the Plenum of the Supreme Court of the Russian Federation points out to the fact that the court has the right to refuse the person in the defense of his right to a trademark on the grounds of Article 10 of the Civil Code of the Russian Federation, if, due to particular circumstances, the actions to apply particular defensive measures may be qualified as an abuse of the right.

The abuse category is complex and difficult for assessing, and therefore it often becomes the grounds for sending over the cases for a new consideration.

For example, the cassation instance may draw attention to the fact that some circumstances may be potentially recognized as an abuse on the part of the plaintiff, while the courts have not carried out a full-fledged analysis.

No. 559404 revealed an introduction into circulation of the product illegally marked with his designation, applied for the defense of his exclusive right and received it; at the same time, despite the defendants’ argument that the said violation had already been considered within the framework of another case (with a decision in favor of the plaintiff), the Court of Appeal pointed out to the fact that filing multiple claims was not an abuse of the right, since the stated claims were aimed at restoring the plaintiff’s property sphere violated as a result of the illegal use of his means of individualization.

However, the Intellectual Property Court noted that, although within the framework of the earlier case, the violation of the right to another subject matter had been considered formally (not the trademark as a means of individualization, but the work that makes up this trademark), that was the grounds for assessing the argument on the artificial “division” of the claims in order to maximize the total value of damages.

However, the multiplicity of claims will not necessarily entail a conclusion on an abuse – if this multiplicity is justified. For example, the recovery of damages within the framework of another court case for the manufacture of the same counterfeit products, but from another defendant, in itself cannot be the grounds for recognizing the actions for filing the claim as an abuse.

As the grounds for reviewing the case, procedural violations are also possible – for example, the court, applying on its own initiative the norms on an abuse of the right, did not bring to the discussion of the parties the circumstances testify to that, did not provide the plaintiff with an opportunity to give explanations, did not indicate particular evidence.

Or, in another case, the grounds for sending over the case for a new consideration was the court’s ignoring the argument on an abuse of the right by the plaintiff, who had appealed to the court years after finding the violation of his copyright, and he had also constantly increased the claimed number of the subject matters, which rights had been violated (as a result, he had demanded in total more than 6 million roubles of damages for the violation of the exclusive rights to about 200 photos at once); moreover, he had not demand the termination of the violation.

In what cases then was an abuse of the right established by the plaintiffs being the right holders?

The most common reason for the dismissal of claims on the defense of the exclusive right in connection with an abuse is the non-use by the right holders of their trademarks. This corresponds to the position that due to the systematic interpretation of the norms of Articles 1484 and 1486 of the Civil Code of the Russian Federation, it follows that the right holder shall be obliged to use the registered trademark as a condition for preserving the right to it.

As an example, we can mention the case, in which Individual Entrepreneur being the right holder of trademarks “

No. 616102 was recognized as unfair, owing also to the fact that before filing the claim the trademarks had been used neither by the right holder nor the licensees, hence “they have been acquired for the purpose of prohibiting other users or recovering damages from them, which cannot be recognized as a lawful and faithful interest corresponding to the honest customs in the industrial and commercial affairs.”

At the same time, in practice, the defendant’s references only to the plaintiff’s non-use of the trademark is not enough, because in addition to the fact of the non-use of the trademark by the right holder, the court must also take into account the purpose of registration, the real intention of the right holder to use the mark, the reasons for the non-use.

The Plenum of the Supreme Court of the Russian Federation also points out that the non-use of the trademark by the right holder applying for the defense of the right belonging to him does not in itself indicate an abuse of the right.

Along with the non-use of the trademark, there are other grounds for recognizing filing the claim as an abuse.

” No. 651808 and No. 651793 filed against LLC “Syrovarnya Dolchelatte,” wherein the right holder possessed the exclusive right to the company name from the date following the priority date of the marks, but preceding their registration, was dismissed due to an abuse of the right. In addition to the argument on the plaintiff’s non-use of the trademark, the court also noted that the defendant’s main activity was the manufacture of cheese and cheese products sold under the DolceLatte trademark, which was known to consumers.

The fact that the plaintiff has multiple trademarks, in which composition there are common word designations, may also indicate an abuse of the right, as in the case No. S01-73/2021, in which filing the claim by the Individual Entrepreneur, who had acquired the exclusive right to the trademark from the “accumulator” of the trademarks (who had registered more than ten trademarks for himself during 1 year) was recognized as an abuse – the Individual Entrepreneur himself possessed more than a hundred trademarks. And in case No. S01-305/2021, among many marks, the plaintiff possessed, in particular, the trademarks with such well-known designations PIONEER, “Million melochey,” etc. In the same case, the court also stressed that the right holder was the plaintiff in a number of cases related to arguing the rights to the intellectual property subject matters or to recovering damages for the illegal use of the trademarks, moreover, the plaintiff’s representative himself was the plaintiff in more than 50 similar arbitration cases during the past three years.

An artificial increase in the violation volume can also be recognized as an abuse. For example, if the plaintiff, in addition to the control purchase of 21 units of the counterfeit, ordered another 5,000 products with the illegal marking. The courts noted that the plaintiff’s actions had been clearly redundant, demonstrably not conditioned by the achievement of the reasonable procedural aims, and recovered damages without taking into account the additional lot.

Case No. S01-156/2021 seems to be unusual - when recognizing filing the claim as an abuse of the right, the court referred to the fact that the plaintiff’s trademark was the illegal reproduction of the subject matter being a cultural value - the Hammer of Thor Pendant being a part of the collection of the State Historical Museum of Sweden, which was confirmed by the decision of Rospatent. The court stressed that the legal protection of the mark was left in force only by chance – due to filing an objection to Rospatent by an improper applicant.

The parallel process of arguing the legal protection became the grounds to dismiss the claim in case No. S01-1716/2020 as well - at the time of filing the claim, the right holder was aware that Rospatent would consider the cancellation of his trademarks, which was a disregard for the principle of procedural economy.

In case No. S01-607/2021, filing the claim was recognized as unfair due to the imposition on the defendant of such a contractual condition, which implied the need to use the trademark: the defendant being the buyer of the products was obliged to use in advertising the trademark, in the defense of the right to which the claim had been filed.

Another contractual feature served the grounds for the dismissal of the claim in case No. S01-1029/2021 - the right holder of a series of trademarks had granted the defendant the right to use only some of them and filed a claim against him on the defense of the exclusive right to the “non-transferred” mark. The court concluded that the non-transfer of the right to use the mark was due to the possibility of reserving the right to file claims for recovering damages.

It should be noted that any joint activity for involving the trademark, the right to which is defended, can serve a reason for analyzing the issue of an abuse of the right.

Or if the right holder of the trademark and a third party meet the criteria of interdependence (affiliation) due to the presence of a corporate connection, the commonality of their economic interests and the implementation of the interrelated activities in civil circulation, and the third party has ordered intentionally from the defendant the manufacture of the products with the plaintiff’s trademark, as in case No. S01-188/2021.

The court pointed out to the fact that the third party had actually acted with the consent and under the control of the right holder of the trademark – the plaintiff, therefore, the right holder’s appeal for the judicial defense in the absence of the actual violation of the rights was an abuse of the right.