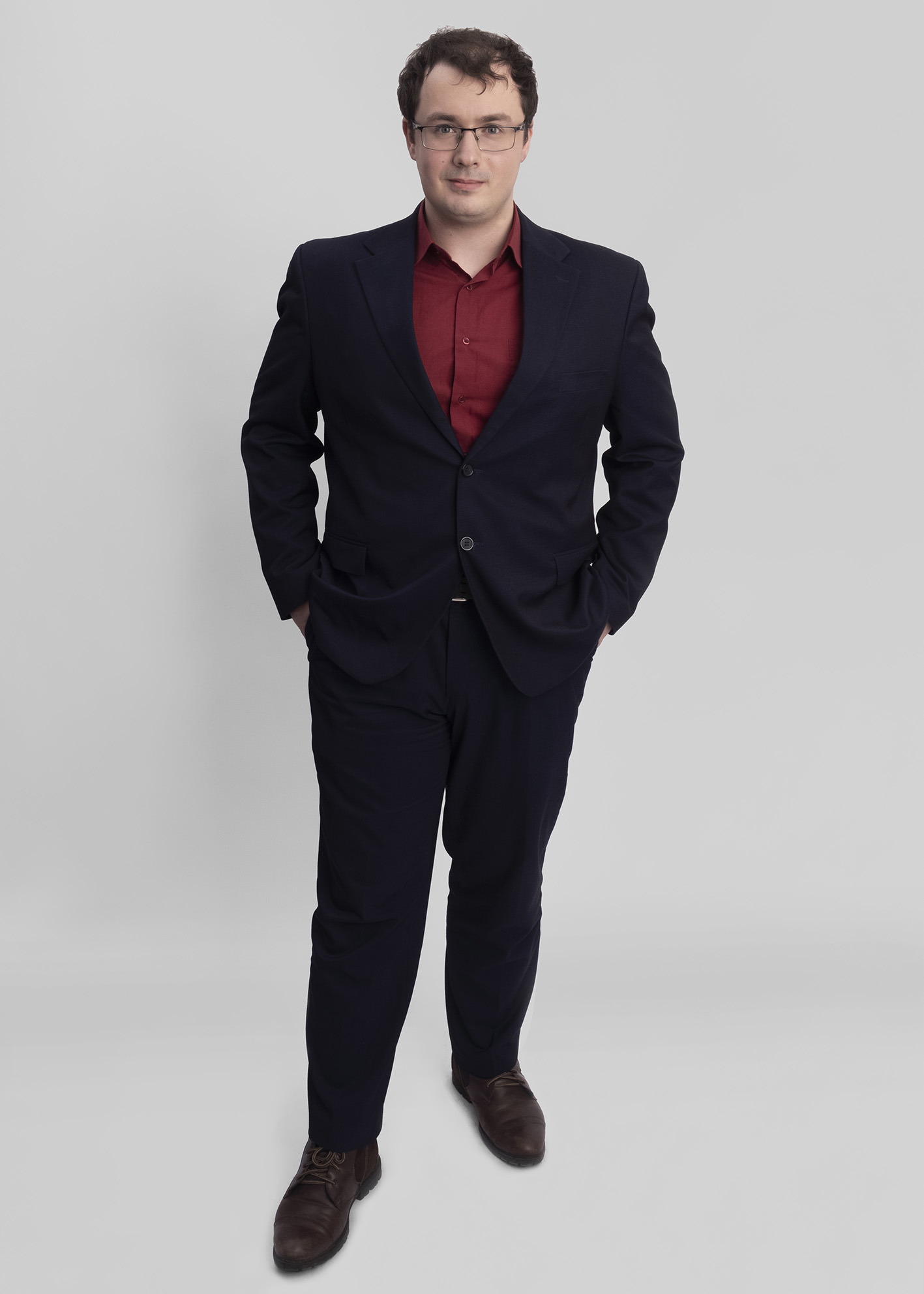 In 2017 – graduated from the National Research University Higher School of Economics with a Bachelor's degree in Jurisprudence.

In 2019 – Master's degree program at the National Research University Higher School of Economics in the field of Lawyer in the field of information technology and intellectual property.

Working at Zuikov & Partners since 2021 and is engaged in:

2016 - worked as a legal assistant in the bar association,

2018-2020 worked as a legal advisor in a law firm specializing in intellectual property.

17 June 2021 #Information
YouTube: How Content ID Works
Thousands of videos are uploaded to YouTube every day. With so much content being uploaded, it is difficult for platform administrators to simultaneously verify the originality of uploaded content and ensure acceptable video upload times to the platform. In order to strike a balance between protecting content rights holders and the usability of the video hosting platform, YouTube administrators have developed a number of tools to combat pirated content on the platform. Each of the tools available to rightsholders can be used to identify pirated content and file a complaint depending on the nature and frequency of illegal content use. Content ID system belongs to such tools.

Unlike other ways of filing complaints about illegally posted content (the complaint form, the matchmaking tool, and the content verification program), Content ID is highly accurate for finding videos and music and is designed for those rights holders whose works are most often used in creating videos on YouTube, most often film studios and record companies.

The main feature of Content ID system is its automated principle of work. There is no need for copyright owner to search a huge amount of information by he or herself in order to detect pirated content. The holder needs to register with Content ID to work with the system, and in order to do so, he or she needs to confirm the exclusive rights to the work, and upload a copy of it to the system. Once a copy has been uploaded, Content ID makes a digital fingerprint of the work, which is then used to automatically search for the rights holder’s works in the videos uploaded to YouTube.

Copyright owners can choose different actions to take on material that matches theirs:

However, a right holder who has registered in the Content ID system also needs to comply with the requirements of the system itself. First and foremost, this relates to the prohibition on filing unjustified applications for pirated content. Most often, this applies to cases where the person who posted the content of the right holder did so within the bona fide use of the work; more details are available at: support.google.com/youtube/answer/9783148?hl=ru).

At the same time, it is necessary to understand that YouTube rules apply the principle of fair use of a work somewhat wider than it is specified in the legislation of the Russian Federation.

Thus, the right holder, upon discovering the use of his or her work in this or that video, needs to be sure that such use of the work is illegal. Otherwise, he or she may lose access to the Content ID system due to unreasonable claims.

Content ID will match your reference content against every upload to YouTube. Copyright owners must have the exclusive rights to the material that's evaluated. Common examples of items that may not be exclusive to individuals include:

Based on the way the Content ID system works and the specific requirements for sending claims to YouTube channel owners, one might think that Content ID is the perfect system for finding pirated content, but this is not the case. Despite the merits and technical sophistication of the system, some YouTube channel owners try to circumvent it. Most often, it is done by making changes in the content of right owners: mirroring videos, changing the frame format, adding effects, etc. However, the system itself does not stand still. Content ID gradually reduces the minimum duration of a video segment to be determined (currently it is approximately 30 seconds), and also improves methods of detecting standard workarounds to the system.

Thus, it can be concluded that Content ID system is an excellent tool for searching pirated content on YouTube. However, in order to work effectively with such a system, it is necessary to know its main features and correctly determine the policy of the right holder when dealing with the identified infringements.

15 June 2021 #Law
Pros and Cons of Including Computer Program into Register of the Ministry for Digital Development, Communications and Mass Media of Russian Federation
The need to foster the development of IT industry in Russia and increase its competitiveness in the global market has been discussed both in the legal and IT communities for the past few years. After proposing various legislative initiatives, a solution was found in providing tax and other benefits to companies engaged in the development and distribution of Russian computer programs.

In order to implement such a project, amendments were introduced, in particular, into subparagraph 26 of paragraph 2 of Article 149 of the Russian Tax Code (hereinafter referred to as the Tax Code), changing the basis of the VAT exemption for the companies involved in software development. With the introduction of amendments, this exemption began to apply only to organizations that sell computer programs and databases included in the Register of Russian Computer Programs and Databases (hereinafter - the Register of the Ministry for Digital Development, Communications and Mass Media of Russian Federation, the Register).

Consequently, many companies involved in the development and use of computer programs began to wonder how to include their product in the Register of the Ministry of Digitalization and whether this inclusion will be appropriate. However, before talking about the pros and cons of including a computer program into the Register, it is necessary to clarify which register we are talking about.

The Register of Russian Computer Programs and Databases of the Ministry for Digital Development, Communications and Mass Media of Russian Federation was established in 2015 along with the adoption of amendments to the Federal Law of July 27, 2006 No. 149-FZ On Information, Information Technology and Information Protection (hereinafter referred to as the Information Law). The Register was created primarily to implement the policy of import substitution on the territory of the Russian Federation, as well as to ensure information security of the authorities. Simultaneously with the creation of the Register, restrictions were imposed on government customers to purchase software not included in the Register. The Ministry is responsible for inclusion of computer programs in the register.

Thus, before planning to include a computer program in the Register of Russian Computer Programs and Databases of the Ministry for Digital Development, Communications and Mass Media of Russian Federation, it is necessary to establish how expedient such a step would be and what problems the right holders may encounter during registration.

Pros of being on the Register:

The possibility of obtaining a tax exemption in accordance with the new wording of subparagraph 26 of paragraph 2 of Article 149 of the Tax Code of the Russian Federation.

According to the wording of sub-paragraph 26 of paragraph 2, Article 149 of the Tax Code, which was in effect till January 1, 202,1 the activities of organizations and individual entrepreneurs, that are connected with realization of computer programs, were not subject to VAT regardless of the functionality or purpose of such programs.

With the entry into force of the amendments to this rule of law, the exemption began to apply only to those business entities, whose activities are related to the distribution of computer programs, included in the Register. Consequently, there are a number of restrictions for application of this exemption. First, in order to be included in such a register, one must meet the requirements specified in Resolution No. 1236 of the Government of the Russian Federation of November 16, 2015 (hereinafter the Resolution No. 1236), which were partially specified above. Secondly, the tax exemption under subparagraph 26 of paragraph 2 of Article 149 of the Tax Code does not apply to the sale of computer programs, the essence of which is reduced, for example, to the ability to distribute advertising information on the Internet or to gain access to it, and to post offers to purchase or sell goods.

Thus, computer programs that meet certain criteria may be included on the Register and further activities on their sale should not be subject to VAT.

The opportunity to make a bid in public procurement.

As mentioned above, the creation of the Register of Russian Computer Programs and Databases of the Ministry for Digital Development, Communications and Mass Media of Russian Federation was largely due to the legislative initiative to ban the use of foreign computer programs in public procurement. The measures taken to limit the installation of foreign software in public procurement (except for cases when it is impossible to comply with the ban) allow Russian software owners to gain some advantages when interacting with state and municipal structures (B2G). In case a computer program has the same characteristics and also has the same class as the computer program included in the Register, the advantage will be given to the computer program included in the Register. At the same time, as a result of the gradual increase in the number of programs in the registry, the rule of law establishing that it is impossible to observe the ban on the use of foreign software in public procurements began to be applied less frequently.

Cons of being on the Register:

The problem of extending tax benefits and other privileges to modifications of a computer program.

In accordance with subparagraph 9 of paragraph 2, Article 1270 of the Civil Code of the Russian Federation (hereinafter the Civil Code, the modification of a computer program or a database means any changes in it, including translation of such program or such database from one language to another, except for adaptation. Taking into account the provisions of Article 1260 of the Civil Code, each modification of a program is an independent result of intellectual activity, which is also subject to legal protection. Consequently, the creation of an updated version of the program, including changes in its functionality and interface, represents the emergence of a new intellectual property object, which was not previously included in the Register. In such a situation, in order to receive all the privileges available in the legislation, such a computer program will need to be included anew in the Register, which may take from four to six months.

In such a situation, inclusion in the Register of may be disadvantageous for software companies that require regular updates like messengers, online games, cloud services, etc.

Compliance with the requirements for inclusion in the Register can adversely affect the functioning of the computer program for foreign users.

At the same time, the Resolution No. 1236 does not set any bans on integration of Russian computer programs into foreign products. In such a situation, some Russian computer programs may not work properly in the Crimea due to restrictions on the functioning of foreign software on the said territory. Consequently, such a situation may serve as a reason for third parties to apply to the court to exclude a particular software from the Register.

At the time of writing this article, rather little time has passed since the amendments to the Tax Code, but we can already say that the interest of business entities to be included in the Register of Russian Computer Programs and Databases of the Ministry for Digital Development, Communications and Mass Media of Russian Federation has noticeably increased. No doubt that in the future, we will see how the law enforcement practice on the issue of including computer programs in the Register and how the amendments to the tax legislation will affect this practice.